Born in Tainan (Taiwan) in 1987, Shao-Hung Chen lives in Taipei where he works as a curator and art critic. Exhibitions he has curated include: Why did you come to Taiwan? (Contemporary Art Museum of Taipei, 2019), Osiris y Ganesha (Marso Foundation, Mexico City, 2017), Fiction in Social Reality—Taiwan/Mexico photographic Art Interchange Exhibition (VT Art Salon, Taipei, 2016) and Wide Sphere (Hin Bus Depot, Penang (Malaysia), 2016). In 2014 he self-edited and published the collection of interviews Prophets  and in 2010 he organised the presentation of the clothing brand Rainhoe in the Art Parkway in Taichung (Taiwan). He has been selected in numerous competitions: Art Forum at the Kaohsiung Museum of Fine Art (Taiwan); training of new international curators, ; the training of new international Curating in Time, by the Bamboo Curtain Studio; artist in residence at Homesession, the initiative of the ministry for Culture in Taiwan and travel grants from the Ji Hui Neng Foundation. He has also published articles on contemporary art in dAic and Very View Magazine.

First of all, please briefly describe your project with Homesession. Did the idea arise during the residency or did you go with a project or pre-project in mind?
My research project at Homesession starts with the Spanish colonisation of Taiwan. I revisit this period of history, and specifically the influence of the Spanish Empire in Taiwan, and in the rest of Asia. Looking in detail at the economic model and the migratory movements of manual labour established by imperialism, and how these have been perpetuated in the present by other powers.

With this research project I aim to avoid the dominant discourse in order to find other paths of de-colonisation for Taiwan.

In the specific context of your residency with Homesession, how far did the context influence the way you carried out the project?
My stay at Homesession coincided with the actions of the independence movement of Catalonia, and specifically with the referendum of 1 October 2017. This democratic movement has influenced my work greatly. Although the political and historical circumstances are not the same, Taiwan has also confronted questions of social integration of the different ethnic groups and the unification-independence debate. These topics are precisely some of the starting points for my research into the relationship between Taiwan and Spain. The experience that has had the greatest impact on me during this residency has been to experience the Catalan independence movement in situ. 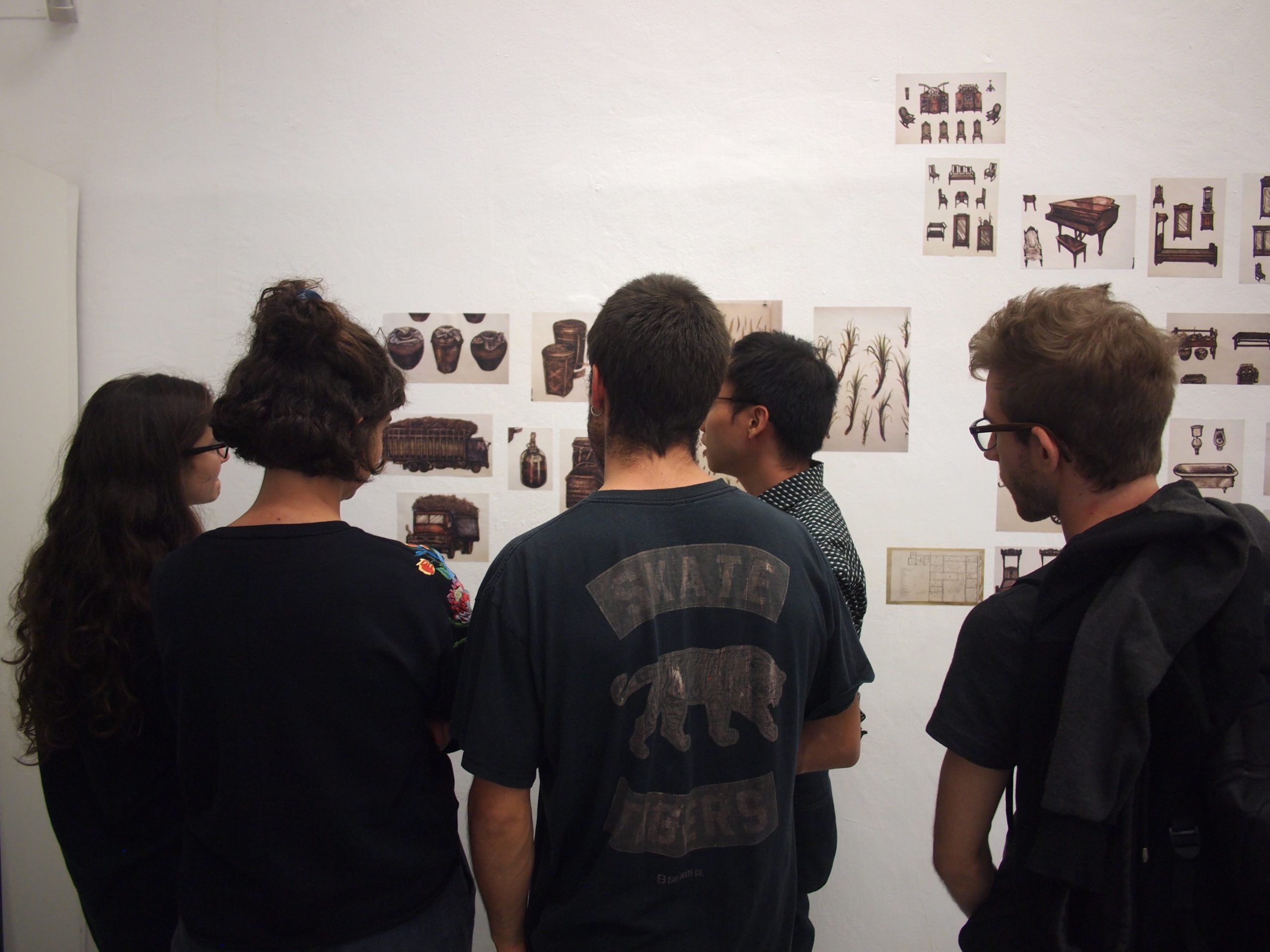 Specifically, has there been continuity in the line of research or the project you showed with Homesession?
As an art curator, my residency project centred on the compilation of information, visits to spaces and dialogue with artists. After returning to my own country in 2019 I curated the exhibition Why did you come to Taiwan? in the Contemporary Art Museum of Taipei. In this show I included the works of two Spanish artists who I met during my time in Barcelona. The residency offered me the opportunity to visit their studios and talk to them about their artistic work, and I was therefore able to decide to include their work in the exhibition I was preparing.

How important is it to you to show your work in another country?
Before my residency in Homesession I organised an exhibition in Mexico. During my short stay there I was able to observe the footprint left by the Spanish colonisation and its impact on Mexican history. Most of the information I was able to find about the Spanish colonisation of the American continent has served as a contextual reference in my study of Hispano-Philippine-Taiwanese colonisation.

Do you think that this residency had an impact, with directly or indirectly, on you artistic career and in what measure?
For the research project I carried out during my stay I received the grant of the National Culture and Arts Foundation (Taiwan), and this allowed me to continue the project and disseminate it. I carried on working on the project that I began at the end of 2017 in Homesession until 2019. In August of the same year the exhibition Why did you come to Taiwan? took shape in the Contemporary Art Museum of Taipei. The Philippine artist Henrielle Baltazar Pagkaliwangan along with two Spanish artists who I met during my time in Barcelona were able to come to Taiwan and carry out their work of Spanish colonisation in Asia. It has to be said that this exhibition offered the opportunity to disseminate the topic of Spanish colonisation in Taiwan, but also the opportuity for international artists to investigate the history of Taiwan. I should be remembered that the basis for all this was my residency grant with Homesession.